By Dan Csontos15th April 2019 No Comments

Spring is in the air!

It’s been a busy first quarter of the year, with scientific and grant writing workshops and coaching sessions, editorial assignments and large communications projects culminating in March. Below we summarize the highlights, along with brief mentions of interesting information we’ve come across in the literature and beyond. Happy reading!

Spring is typically a busy time for Swedish researchers as the Swedish Research Council (VR) has major funding application deadlines in March and April. We were very pleased to deliver, for the first time, an intensive workshop at Örebro University on how to frame and write VR-applications. Great interactions with, and feedback from, the 50+ participants (“Best workshop of my academic career!”); we hope to be back soon.

We also delivered several scientific writing and publishing workshops*, to old as well as new clients. The most recent one was to 40+ researchers at all career levels from the Danish Cancer Society Research Centre.

Congratulations to Stefano Stella, Guodong Li and their 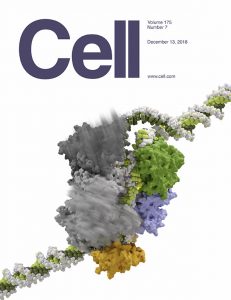 respective co-authors on the publication of their research findings in Cell and Nature Electronics, respectively! In Cell, Stella et al. propose a model whereby the catalysis of CRISPR-Cas12a and resetting of endonuclease activity is promoted by conformational activation. Li et al. report the fabrication of microthermoelectric coolers with a rapid response time and high device reliability. We’re proud to have guided the authors with feedback on, and substantive editing of, their papers. 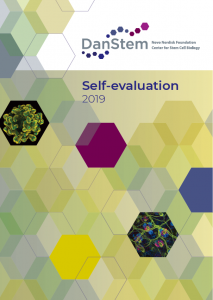 The past few months have been very hectic as we’ve finished two major communications projects. Two of the Novo Nordisk Foundation (NNF) research centres [Centers for Stem Cell Biology (Danstem) and Biosustainability (CFB)] were tasked by NNF to prepare major self-evaluation reports summarizing their raison d’être and major achievements since their launch in 2011, as well as to map out the strategy for the next 5 to 10 years. We supported both centres in developing these major documents.

For CFB we provided editorial support on the documents, which entailed detailed feedback on the texts and substantive and copy editing to ensure clarity and coherence in the narrative in these large documents (80 and 20 pages, respectively). For Danstem, in addition to providing editorial support, we also helped to frame the narratives at the outset and undertook the design and print production, thus managing the project end-to-end (see also Reflections below for a case study).

It was great working with Hanne (CFB), Gretchen (DanStem) and their respective teams to produce these important documents, and we wish both centres good luck for the evaluation!

The DanStem project in depth

We helped with the editorial as well as creative components of the project. Regarding the former, we helped with framing, developing editorial templates and substantive and copy editing of the documents. Regarding the latter, we developed a graphical profile and the creative concept, designed the graphics, implemented and proofread the layout, and helped with the print production. To read more about each component, click here for editorial, and here for creative.

Null and negative findings have for too long been undervalued, it’s time for a change, as is well argued in this editorial in Nature Human Behavior – great to see that the journal welcomes such submissions.
And encouraging to see that one such paper published in the Nature Human Behavior in January found “Little race or gender bias in an experiment of initial review of NIH R01 grant proposals”.
Call for revamping impact metrics to take into account the increasingly collaborative, diverse and dynamic ways in which research outputs are generated in the light of open science. LSE Impact Blog.
The Swedish Research Council releases data spanning 2014-2018 concerning 30,000 submissions that can be mined to obtain statistics with respect to 19 different parameters, including gender, career level, institution and subject.
Analysis of 65 million papers, patents and software makes the case that smaller teams tend to generate output that is more disruptive than that of larger teams, which tend to build on recent, high-impact work. Nature 566, 378 (2019).
At Elevate we typically say that great scientific papers tell a ‘complete story’, by which we mean that it explores a question or problem from multiple angles to be able to extract the most meaningful interpretation and conclusion regarding the phenomenon studied. However, that multiple-angle approach is useful for so much more. For example, it enables mitigating the effects of potential biases in the research process, which the researcher or his/her team may bring to the table. More importantly, a multiple-angle approach enables uncovering deeper insights into the laws of nature and a more accurate and general description of reality, as is nicely argued for in this article in the New Yorker.